Velocipede (/vəˈlɒsəpiːd/; Latin for “fast foot”) is a human-powered land vehicle with one or more wheels. The most common type of velocipede today is the bicycle.

During the 1870s advances in metallurgy led to the development of the first all-metal velocipedes.

The pedals were still attached directly to the front wheel, which became larger and larger as makers realised that the larger the wheel, the faster and farther you could travel with one rotation of the pedals. Solid rubber tires and the long spokes of the large front wheel provided a much smoother ride than its predecessor, the Boneshaker.

This type of velocipede was the first to be called a bicycle (“two wheel”) and its shape led to the nickname Penny Farthing in the UK. They enjoyed great popularity in the 1880’s, at least by those that could afford them.

Although the trend was short-lived, the Penny Farthing became a symbol of the late Victorian era. Its popularity also coincided with the birth of cycling as a sport. 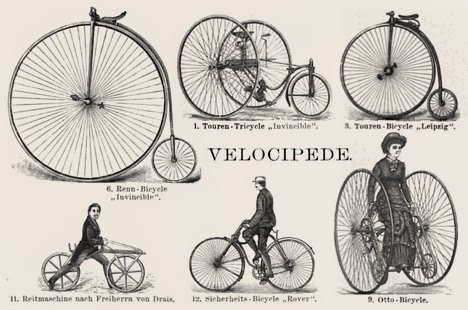 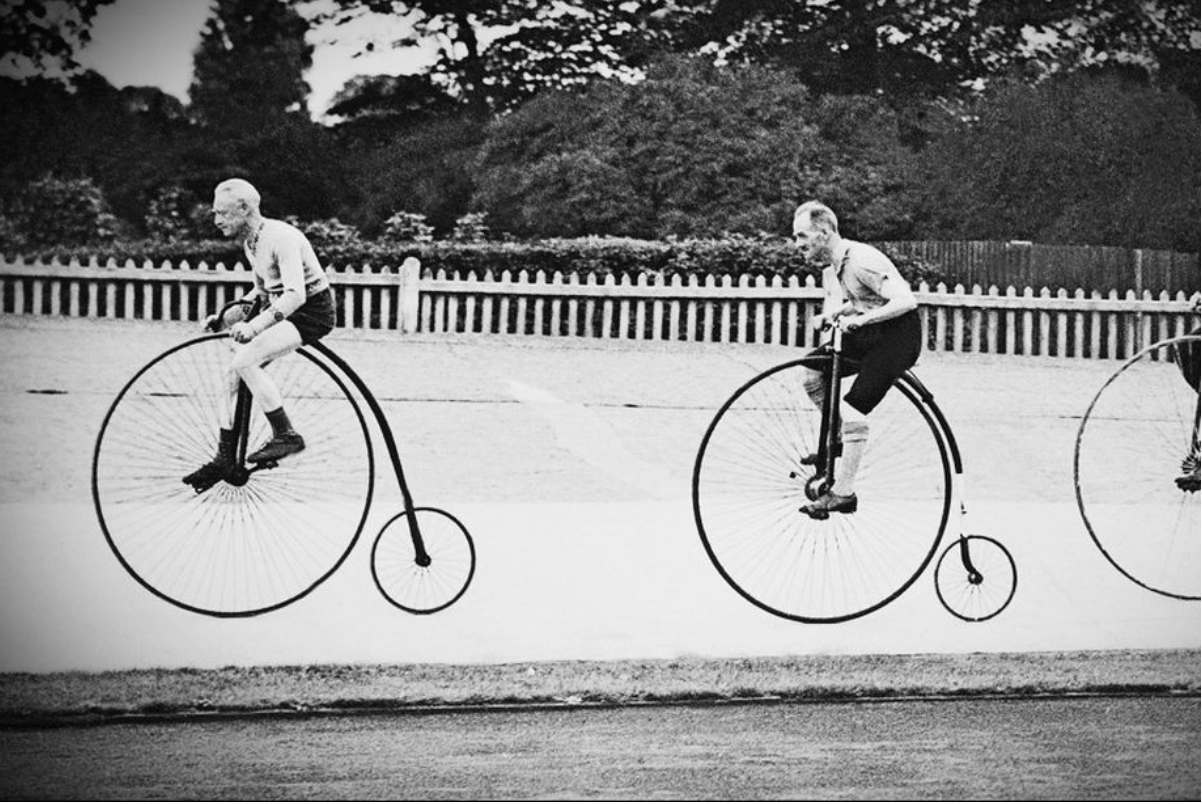